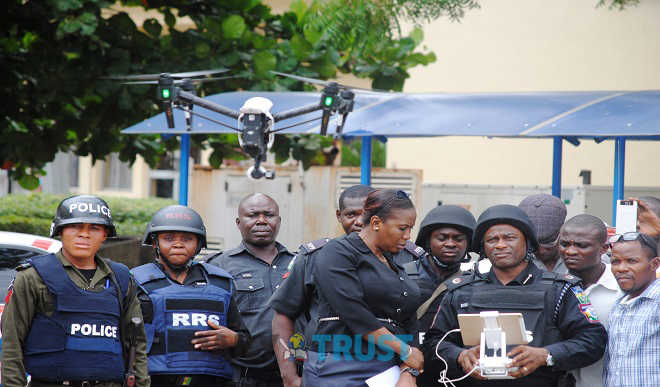 RRS Arrest Notorious Phone Snatcher
An unrepentant suspect who had been arrested and charged for Pickpocketing and Stealing in 2017 by operatives of the Rapid Response Squad (RRS) of the Lagos State Police Command, was again rearrested by RRS for a similar offence.
The suspect, Tunde Ajeigbe 27-years-old, with two other accomplices (Ekene and Bolenbe) allegedly rode a motorcycle to 7Up to rob unsuspecting members of the public. Tunde jumped down from the bike and snatched an android phone from a passenger travelling in a commercial bus.
He thereafter joined his cohorts on the bike and sped off but luck was against them as eyes witnesses who were at the scene of the crime gave them a hot chase from that spot until they got to Otedola Bridge and alerted RRS men on pin down underneath the bridge.
The Policemen gave the fleeing thieves a hot chase forcing them to abandon their motorcycle and made for the bush before Tunde was arrested. The two others escaped.
In his confessional statement with the police, Tunde confessed to have been arrested for similar offence sometime in 2017 and was charged to court for the crime. ‘I was arrested around Ojota after I snatched a lady’s phone and got caught by the police’.
‘I was remanded in the prison since then and was released on 19th of November 2019 but couldn’t go back to my wife and child. I went back to the house I rented before going to prison but couldn’t find my properties and my family again so I made for the street again.’
‘I went back to Oshodi under the bridge to go join my friends again who gave me clothes to wear and bought me food before we went back into our usual job’.
Although, after spending some days in Mushin, some of my area brothers who knew I just came from prison helped me secure a motorcycle on hire purchase but that wasn’t enough for me as I wanted to make quick money to go see my mother in the village after leaving home for three years without seeing her.’
My aged mother would be worried after I left home without returning and no one knew my whereabouts as my wife never informed my family that I have been arrested and remanded in the prison. I therefore sought to steal again to raise some money but unfortunately I was caught’.
Both Ekene and Bolenbe are at large and the police are still on their trail but a motorcycle with registration number FST-279 QJ was recovered from the thieves while they escaped with the stolen phone.
Commenting on the development, the Commissioner of Police Hakeem Odumosu warned all criminal elements in the State to stay off as the Command will not allow any hiding place for them and vow to fetch them out while he ordered the case be transferred to Special Anti Robbery squad for further investigations. 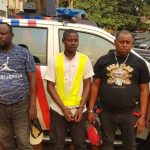 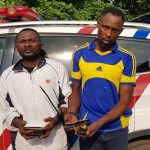 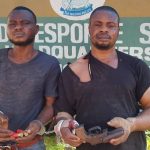 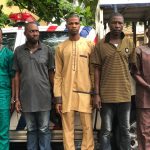 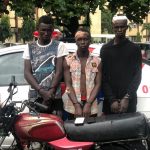 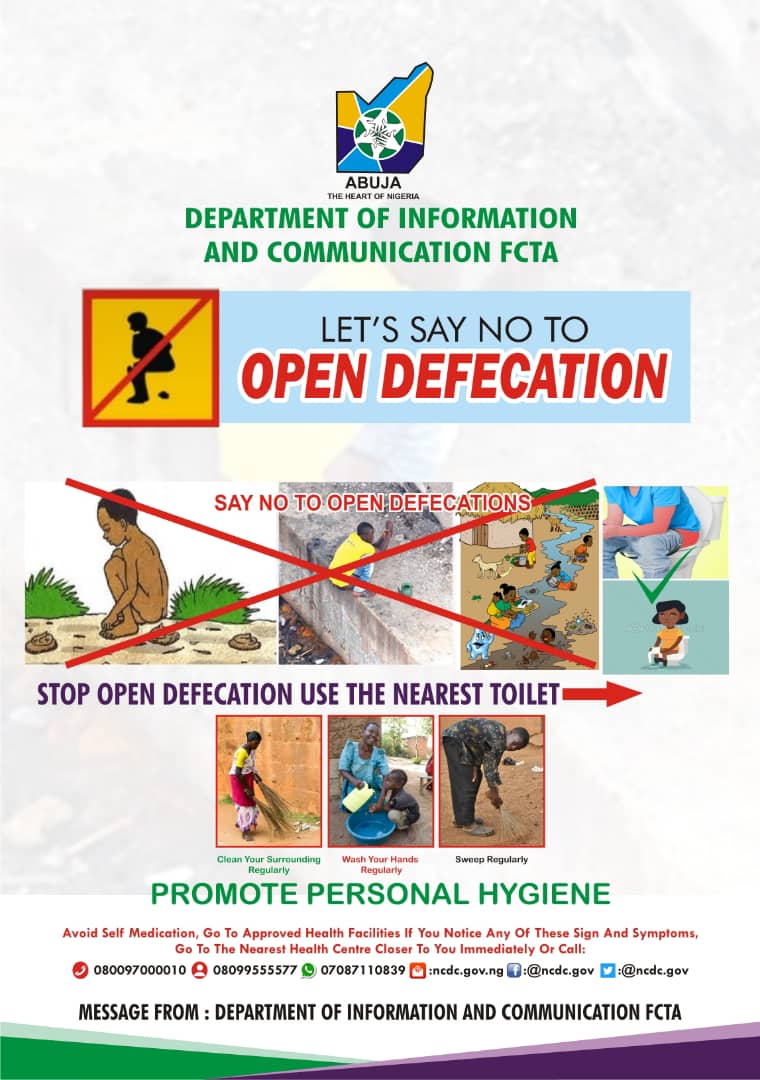