Okagbare Disqualified As Nigeria Close In On Football Gold Medals 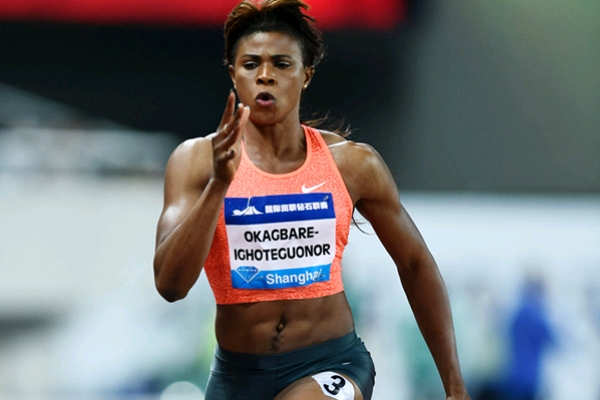 Okagbare Disqualified As Nigeria Close In On Football Gold Medals

Nigeria’s dream of reasserting their dominance on the African tracks took a hit Monday when Blessing Okagbare-Ighoteguonor was disqualified in the 100 metres women event.

Okagbare was disqualified in heat 1 of women’s 100m semi-final for a false start.

But Joy Udo-Gabriel made it to the final winning her heat with a time of 11.47s.

Team Nigeria is in the sixth position in the medals table with five gold five silver and eight bronze medals. The team won an additional gold medal Monday.

In the weightlifting event, Adenike Olarinoye edged beat her compatriot, Chika Amalaha in women’s 55kg to win the gold with a lift of 209kg. Amalaha got Silver lifting 208kg.

Grace Anigbata won the women’s triple jump with the mark of 13.75m, while in the men’s discus event, Dotun Ogundeji clinched the silver medal with his last throw.

Meanwhile, Nigeria’s U20 girls, Falconets will be battling for the gold medal of the women’s football tournament, after a commanding 3-0 defeat of their Algerian counterparts in Rabat yesterday.

Cynthia Aku put daylight between Nigeria and Algeria with two goals in the first 25 minutes, scoring the first in the 16th minute of play.

Zainab Olapade made sure of a miserable afternoon for the North Africans with a third on the dot of the referee’s final whistle.

The Falconets will now play the winner of the second semi-final between host nation Morocco and Cameroon for the gold medal.

Nigeria’s U20 boys, Flying Eagles will today take on their Malian counterparts in the semi-finals of the men’s tournament.

The Flying Eagles drew with Burkina Faso (1-1) and Morocco (2-2) and defeated South Africa (2-1) to reach the last four at this tournament.

To the seven-time African champions, the Malians are kind of familiar customers, after both teams also clashed in the semi-finals of this year’s Africa U20 Cup of Nations in the Niger Republic. The encounter ended 1-1 in regulation and extra time but the Malians triumphed after a penalty shoot-out.

Team Nigeria has, meanwhile, halted Egypt’s dominance in the table tennis event as they joined Algeria in taking gold medals in the women and men doubles event respectively.

The rivalry between Nigeria and Egypt came to fore in the semifinal of the women’s doubles at the 12th African Games with the West African team halting the dominance of their North African counterpart.

Having ruled the team and mixed doubles events, the Egyptians were stopped from making a clean sweep of gold medal in the doubles event after they were beaten in the semifinal of the women’s doubles by Nigeria. 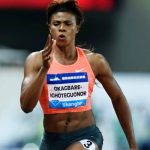 Okagbare Back With A Bang, Breaks Onyali’s 200m African Record